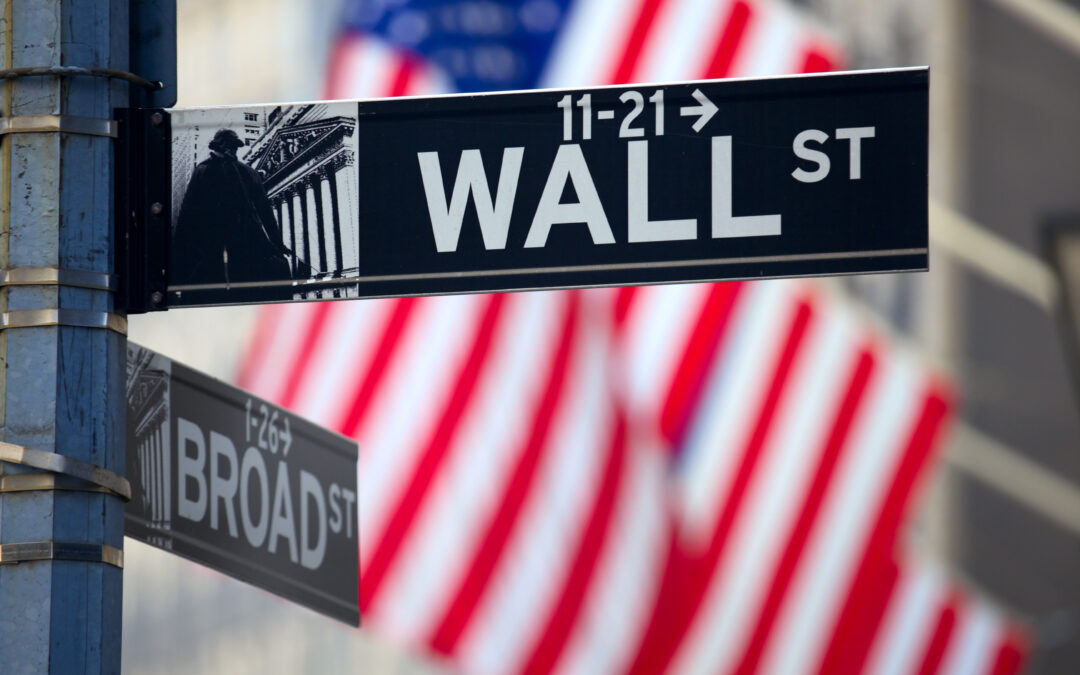 The benchmark indexes enjoyed a solid August, with the S&P 500 and the Nasdaq reaching record highs multiple times during the month. In fact, the S&P 500 recorded its seventh straight monthly advance — its longest streak of monthly gains since January 2018. Each of the benchmarks is well ahead of its 2020 year-end value, led by the S&P 500, followed by the Nasdaq, the Global Dow, the Dow, and the Russell 2000. Ten-year Treasury yields increased and crude oil prices fell, while the dollar and gold prices inched higher.

Stocks climbed higher in August, despite a drop in consumer confidence amid the spread of the Delta variant and the possibility of travel restrictions. Growth and technology shares outperformed cyclicals. Each of the market sectors gained, with only the energy sector sliding lower. Financials and communication services advanced the most.

Federal Reserve Chair Jerome Powell may have done enough to help calm investors’ concerns by promoting the idea that interest rates will remain at their current level for some time, although a reduction in the bond-buying stimulus program may begin before the end of the year. Inflationary pressures continued to rise as prices at the consumer and producer levels increased in July.

Second-quarter GDP showed the economy expanded by nearly 7.0%. Sales of existing and new homes advanced, as prices for new single-family homes rose, while prices for existing homes slid. Industrial production increased. Close to 1.0 million new jobs were added in both June and July, while the unemployment rate and the number of unemployment claims fell.

Chart reflects price changes, not total return. Because it does not include dividends or splits, it should not be used to benchmark performance of specific investments.

•Employment: There were 943,000 new jobs added in July, keeping up with the pace of June’s upwardly revised estimate of 938,000 new jobs. Employment in July is up by 16.7 million since April 2020 but is down by 5.7 million, or 3.7%, from its pre-pandemic level in February 2020. Notable job growth in July occurred in leisure and hospitality (+380,000), with over half of the job gain coming from food services and drinking places (+253,000). Job gains also occurred in local government education (+221,000) and private education (+40,000), professional and business services (+60,000), and transportation and warehousing (+50,000). In July, the unemployment rate declined 0.5 percentage point to 5.4%, with the number of unemployed persons falling by 782,000 to 8.7 million. These measures are down considerably from their recent highs in April 2020 but remain well above their levels prior to the pandemic (3.5% and 5.7 million, respectively, in February 2020). Among the unemployed, the number of persons on temporary layoff dropped by 572,000 to 1.2 million. This measure is down considerably from the recent high of 18.0 million in April 2020 but is 489,000 above the February 2020 level. In July, the number of persons not in the labor force who currently want a job was 6.5 million, little changed over the month but up by 1.5 million since February 2020. In July, the number of employed persons who teleworked because of the pandemic fell to 13.2%, down from 14.4% in the prior month. In July, 5.2 million persons reported that they had been unable to work because their employer closed or lost business due to the pandemic. This measure is down from 6.2 million in June. The labor force participation rate ticked up 0.1 percentage point to 61.7% in July, and the employment-population ratio increased by 0.4 percentage point to 58.4%. Average hourly earnings increased by $0.11 to $30.54 in July after increasing $0.10 in June. Average hourly earnings are up 4.0% from July 2020. The average work week was unchanged at 34.8 hours in July.

•The number of claims for unemployment insurance continued to fall. According to the latest weekly totals, as of August 14 there were 2,862,000 workers receiving unemployment insurance benefits, down from the July 17 total of 3,269,000. The unemployment rate for the week ended August 14 was 2.1%, down 0.3 percentage point from the July 17 rate of 2.4%. This is the lowest level for insured unemployment since March 14, 2020, when it was 1,770,000. During the week ended August 7, Extended Benefits were available in 10 states/territories: Alaska, California, Connecticut, the District of Columbia, Illinois, Nevada, New Jersey, New Mexico, New York, and Texas; 46 states reported 5,004,753 continued weekly claims for Pandemic Unemployment Assistance benefits (5,246,162 in July), and 47 states reported 3,793,956 continued claims for Pandemic Emergency Unemployment Compensation benefits (4,233,883 in July).

•FOMC/interest rates: The Federal Open Market Committee did not meet in August. However, at the Jackson Hole Economic Policy Symposium, Federal Reserve Chair Jerome Powell reiterated that the current spike in inflation is largely the result of transitory factors and that the FOMC will continue to hold the current target range for the federal funds rate at its current level. Powell also noted that an eventual reduction of monthly asset purchases is likely to begin some time before the end of 2021.

• The Treasury budget deficit was $302.1 billion in July, following the June deficit of $174.2 billion. The deficit is 380% larger than the deficit in July 2020. Following the latest increase, the budget deficit through the first 10 months of the current fiscal year widened to $2.54 trillion, 10.0% lower than last year’s deficit over the same period. Compared to last fiscal year, government expenditures have increased 4.0%, while receipts have increased 18.0%.

•Inflation/consumer spending: Prices at the consumer level continued to advance in July. According to the latest Personal Income and Outlays report, consumer prices rose 0.4% in July after edging up 0.5% in June. Prices have increased 4.2% since July 2020. Excluding food and energy, consumer prices rose 0.3% in July (0.4% in June) and 3.6% since July 2020. Both personal income and disposable (after-tax) personal income increased 1.1% in July. Consumer spending rose 0.3% in July following a 1.1% jump in June.

•Prices that producers receive for goods and services continued to climb in July, increasing 1.0% for the second consecutive month. Producer prices increased 7.8% for the 12 months ended in July, the largest yearly gain since November 2010 when 12-month data was first calculated. In July, prices for services rose 1.1% and prices for goods moved up 0.6%. Producer prices less foods, energy, and trade services advanced 0.9% in July and have risen 6.1% since July 2020, the largest 12-month increase since August 2014.

•Manufacturing: Industrial production increased 0.9% in July after advancing 0.2% the previous month. Manufacturing output rose 1.4% after edging down 0.1% in June. About half of the gain in factory output was attributable to a jump of 11.2% for motor vehicles and parts, as a number of vehicle manufacturers trimmed or canceled their typical July shutdowns. In July, mining increased 1.2% (0.5% in June), while utilities slipped 2.1% after advancing 3.1% in June. Total industrial production in July was 6.6% higher than its year-earlier level, but it was 0.2% below its pre-pandemic (February 2020) level.

•International markets: Inflationary pressures may be slowing at home and around the world. China’s Consumer Price Index rose 0.3% in July and is up only 1.0% year over year. Prices were flat in the United Kingdom in July and have increased 2.0% since July 2020. However, prices in the Eurozone picked up in August, climbing 0.4% for the month and 3.0% over the past 12 months. Overall economic growth is trending upward as well. Second-quarter GDP for the Eurozone rose 2.0% and is up 13.6% year over year. The United Kingdom’s GDP advanced 4.8% in the second quarter and 22.2% for the year. China’s economy continues to rebound, as its GDP rose 7.9% in the second quarter from a year ago. For August, the STOXX Europe 600 Index gained about 1.2%; the United Kingdom’s FTSE inched up 0.3%; Japan’s Nikkei 225 Index rose 1.1%; and China’s Shanghai Composite Index increased nearly 2.3%.

•Consumer confidence: According to the latest report from The Conference Board, consumer confidence declined in August for the second consecutive month. The Consumer Confidence Index® stands at 113.8, down marginally from 125.1 in July. The Present Situation Index, based on consumers’ assessment of current business and labor market conditions, fell to 147.3 in August from 157.2 in July. The Expectations Index, based on consumers’ short-term outlook for income, business, and labor market conditions, registered 91.4 in August, down from 103.8 in July. According to the report, concerns about the Delta variant, coupled with rising gas and food prices, resulted in a less favorable view of current economic conditions.

Eye on the Month Ahead

September could see the economy and the stock market slow down a tad. The number of coronavirus cases continues to rise prompting several foreign countries to consider re-instituting travel restrictions. In addition, the Federal Reserve has indicated that it is likely to begin tapering the bond purchase program in 2021, which could make investors a bit skittish in anticipation of such a move.

Data sources: Economic: Based on data from U.S. Bureau of Labor Statistics (unemployment, inflation); U.S. Department of Commerce (GDP, corporate profits, retail sales, housing); S&P/Case-Shiller 20-City Composite Index (home prices); Institute for Supply Management (manufacturing/services). Performance: Based on data reported in WSJ Market Data Center (indexes); U.S. Treasury (Treasury yields); U.S. Energy Information Administration/Bloomberg.com Market Data (oil spot price, WTI Cushing, OK); www.goldprice.org (spot gold/silver); Oanda/FX Street (currency exchange rates). News items are based on reports from multiple commonly available international news sources (i.e., wire services) and are independently verified when necessary with secondary sources such as government agencies, corporate press releases, or trade organizations. All information is based on sources deemed reliable, but nowarranty or guarantee is made as to its accuracy or completeness. Neither theinformation nor any opinion expressed herein constitutes a solicitation for thepurchase or sale of any securities, and should not be relied on as financialadvice. Forecasts are based on current conditions, subject to change, and may not come to pass. U.S. Treasury securities are guaranteed by the federal government as to the timely payment of principal and interest. The principal value of Treasury securities and other bonds fluctuates with market conditions. Bonds are subject to inflation, interest-rate, and credit risks. As interest rates rise, bond prices typically fall. A bond sold or redeemed prior to maturity may be subject to loss. Past performance is no guarantee of future results. All investing involves risk, including the potential loss of principal, and there can be no guarantee that any investing strategy will be successful.