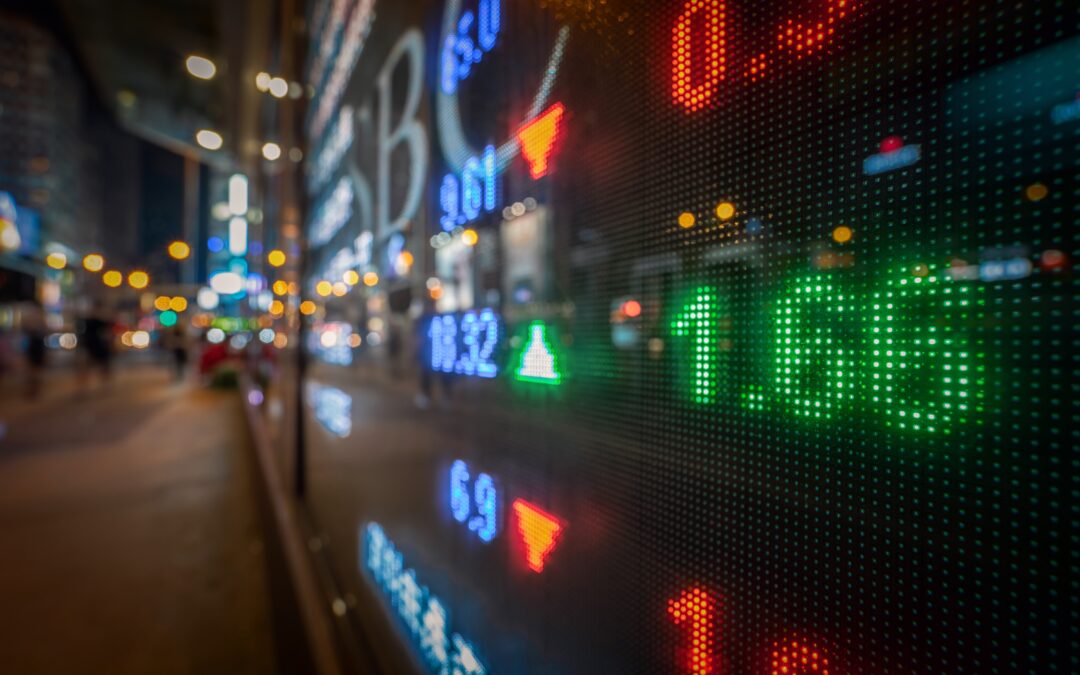 Stocks retreated last week, with each of the benchmark indexes listed here falling at least 1.3%. The Russell 2000 and the Dow dropped the furthest, declining 2.8% and 2.2%, respectively. Investors contended with mixed signals. A better-than-expected jobless claims report, while encouraging, could prompt the Federal Reserve to start reducing its asset purchases sooner. Also, the spread of the Delta variant may impede economic recovery. Each of the market sectors fell for the week, with real estate dropping nearly 4.0%. Crude oil prices and the dollar inched ahead last week, while gold prices, which had been climbing, fell 2.2%. Ten-year Treasury yields climbed marginally higher.

Stocks opened the Labor Day week mostly down. Last Tuesday saw only the Nasdaq eke out a 0.1% gain, while the remaining benchmark indexes listed here lost value. The Dow and the Russell 2000 fell by nearly 8.0%, with the S&P 500 and the Global Dow dropping nearly 0.4%. The yield on 10-year Treasuries rose, crude oil prices dipped, and the dollar advanced. Several of the market sectors lost ground, with only communication services, consumer discretionary, and information technology advancing.

Wall Street ended lower last Wednesday, reflecting fears that the Delta variant could stymie the economy’s recovery and uncertainty over when the Federal Reserve might begin to pull back its accommodative bond purchasing. Each of the benchmark indexes listed here lost ground, with the Russell 2000 dipping 1.2%, followed by the Global Dow and the Nasdaq, which fell 0.6%. Crude oil prices and the dollar rose, while 10-year Treasury yields declined. Consumer staples, real estate, utilities, and industrials were the only market sectors to advance. Energy and materials decreased more than 1.0%.

Stocks trended lower last Thursday, despite jobless claims hitting an 18-month low. The S&P 500 fell for the fourth consecutive session after dipping 0.5%. The Dow and the Global Dow dropped 0.4%, the Nasdaq declined 0.3%, and the Russell 2000 slipped less than 0.1%. Ten-year Treasury yields fell 2.6%, crude oil prices declined 2.0%, and the dollar was mixed. Energy, financials, and materials were the only market sectors to advance, while real estate (-2.1%) and health care (-1.2%) fell the furthest.

Chart reflects price changes, not total return. Because it does not include dividends or splits, it should not be used to benchmark performance of specific investments.

• The job market is wide open, based on the latest data from the Job Openings and Labor Turnover summary. The number of job openings increased to an all-time high of 10.9 million (+749,000) on the last business day of July. The rate of job openings increased to 6.9%. Job openings increased in several industries, with the largest increases in health care and social assistance (+294,000), finance and insurance (+116,000), and accommodation and food services (+115,000). There were 4.0 million workers who voluntarily quit, while the numbers of layoffs and discharges were 1.5 million and 1.0 million, respectively. Over the 12 months ended in July, hires totaled 72.6 million and separations (includes quits, layoffs, and discharges) totaled 65.6 million, yielding a net employment gain of 7.0 million.

Eye on the Week Ahead

Inflation indicators are front and center this week, with the latest release of the Consumer Price Index, the retail sales report, and import and export data. The CPI has risen 5.4% since July 2020, while retail sales have risen 15.8% over the same period. Import prices have risen 10.2% for the 12 months ended in July, while export prices are up 17.2%.

Data sources: Economic: Based on data from U.S. Bureauof Labor Statistics (unemployment, inflation); U.S. Department of Commerce(GDP, corporate profits, retail sales, housing); S&P/Case-Shiller 20-CityComposite Index (home prices); Institute for Supply Management(manufacturing/services). Performance: Based on data reported in WSJ MarketData Center (indexes); U.S. Treasury (Treasury yields); U.S. Energy InformationAdministration/Bloomberg.com Market Data (oil spot price, WTI, Cushing, OK); www.goldprice.org (spot gold/silver); Oanda/FX Street (currency exchangerates). News items are based on reports from multiple commonly available international news sources (i.e., wire services) and are independently verified when necessary with secondary sources such as government agencies, corporate press releases, or trade organizations. All information is based on sources deemed reliable, but no warranty or guarantee is made as to its accuracy or completeness. Neither the information nor any opinion expressed herein constitutes a solicitation for the purchase or sale of any securities, and should not be relied on as financial advice. Forecasts are based on current conditions, subject to change, and may not come to pass. U.S. Treasury securities are guaranteed by the federal government as to the timely payment of principal and interest. The principal value of Treasury securities and other bonds fluctuates with market conditions. Bonds are subject to inflation, interest-rate, and credit risks. As interest rates rise, bond prices typically fall. A bond sold or redeemed prior to maturity may be subject to loss. Past performance is no guarantee of future results. All investing involves risk, including the potential loss of principal, and there can be no guarantee that any investing strategy will be successful.